Our biggest annual fun-raiser dance party is back, after a 2 year COVID break!
Come celebrate New Orleans music and raise funds for Vincent York’s JAZZistry. It keeps our local schools and public venues SWINGING with the story of JAZZ, the soundtrack of our history.

This is a COVID-conscious event. We are reducing the size of the audience by 30% to allow  more safe space and are encouraging masks when dancing.

What JAZZistry Did On our SUMMER VACATION: Thank you, Ypsilanti!!

and showcase the evolution of America’s greatest gift to the world: JAZZ. From Spirituals to Motown, New Orleans to Harlem, Ragtime to Swing, Bebop to HipHop, Jazzistry will swing through the decades in the open air. A great program for families and folks interested in how it all came about! 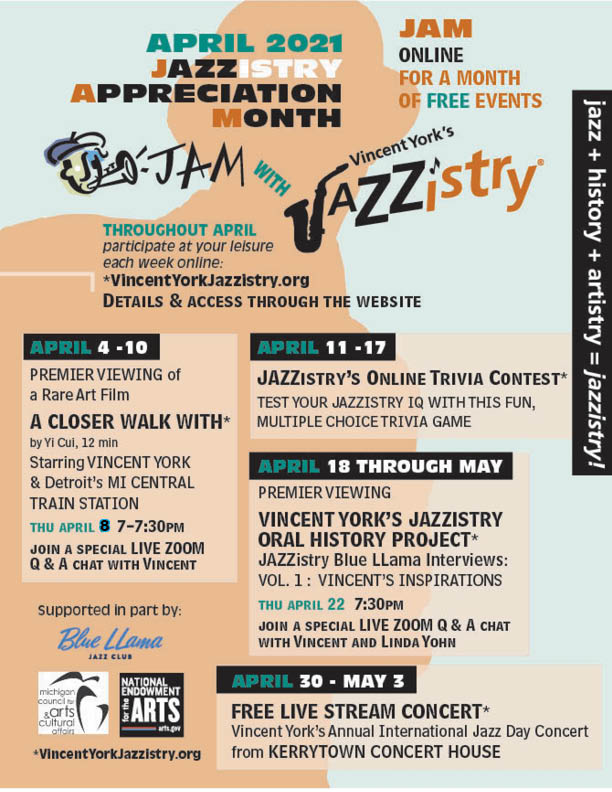 SEMJA–South Eastern Michigan Jazz Association –  selected saxophonist and educator Vincent York as the recipient of the 2020 Ron Brooks Award. Because of COVID-19, the planned concert was canceled. Vincent will receive the award at his 2021 International Jazz Day Concert. The concert will be LIVE STREAMED from Kerrytown Concert House April 30 – May 3rd.

SEMJA has selected saxophonist and educator Vincent York as the recipient of the 2020 Ron Brooks Award. We will celebrate the award on Sunday, May 17, at 2:00 p.m. at the Kerrytown Concert House in Ann Arbor. York and his quartet will give a concert performance, followed by an award ceremony and a reception. The quartet includes Gary Schunk on piano, Ron Brooks on bass, and Renell Gonsalves on drums.

Born in Jacksonville, Florida, York has contributed to the jazz community as a saxophonist after his training under the renowned Alvin Batiste at Southern University in Baton Rouge. He moved to Ann Arbor in 1974 to attend the University of Michigan and received an M.A. in classical saxophone performance in 1976. While a student at U-M he went on the road with the Duke Ellington Orchestra under the direction of Mercer Ellington and toured the U.S., Europe, and Japan until 1977.

York’s first band was his New York Force, and his first CD, Blending Forces, was voted best album of the year by Metro Times in 1990. In 1996 he was appointed artist-in-residence at Ann Arbor’s Community High School. He has also taught at Washtenaw Community College, but his single most unique contribution as an educator has been the creation of the Jazzistry jazz history program in 1999. Jazzistry is a multimedia presentation by a group of jazz musicians led by York and it has by now toured over three hundred schools.
The Ron Brooks Award is given annually to Detroit-area musicians, educators, or broadcasters who have made significant contributions to the jazz community. Previous awardees include Ernie Rodgers, Louis Smith, George Benson, Kenn Cox, Matt Michaels, Bess Bonnier, Ed Love and Hazen Schumacher.

SUGAR PIE – HONEY BUNCH!! YOU KNOW WE LOVE YOU! Thank you to our 2020 Rent Party Supporters. 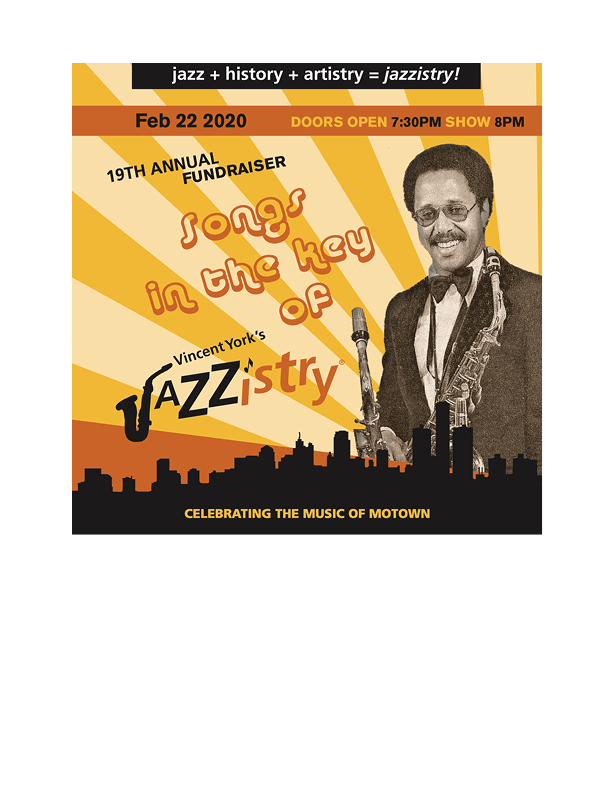 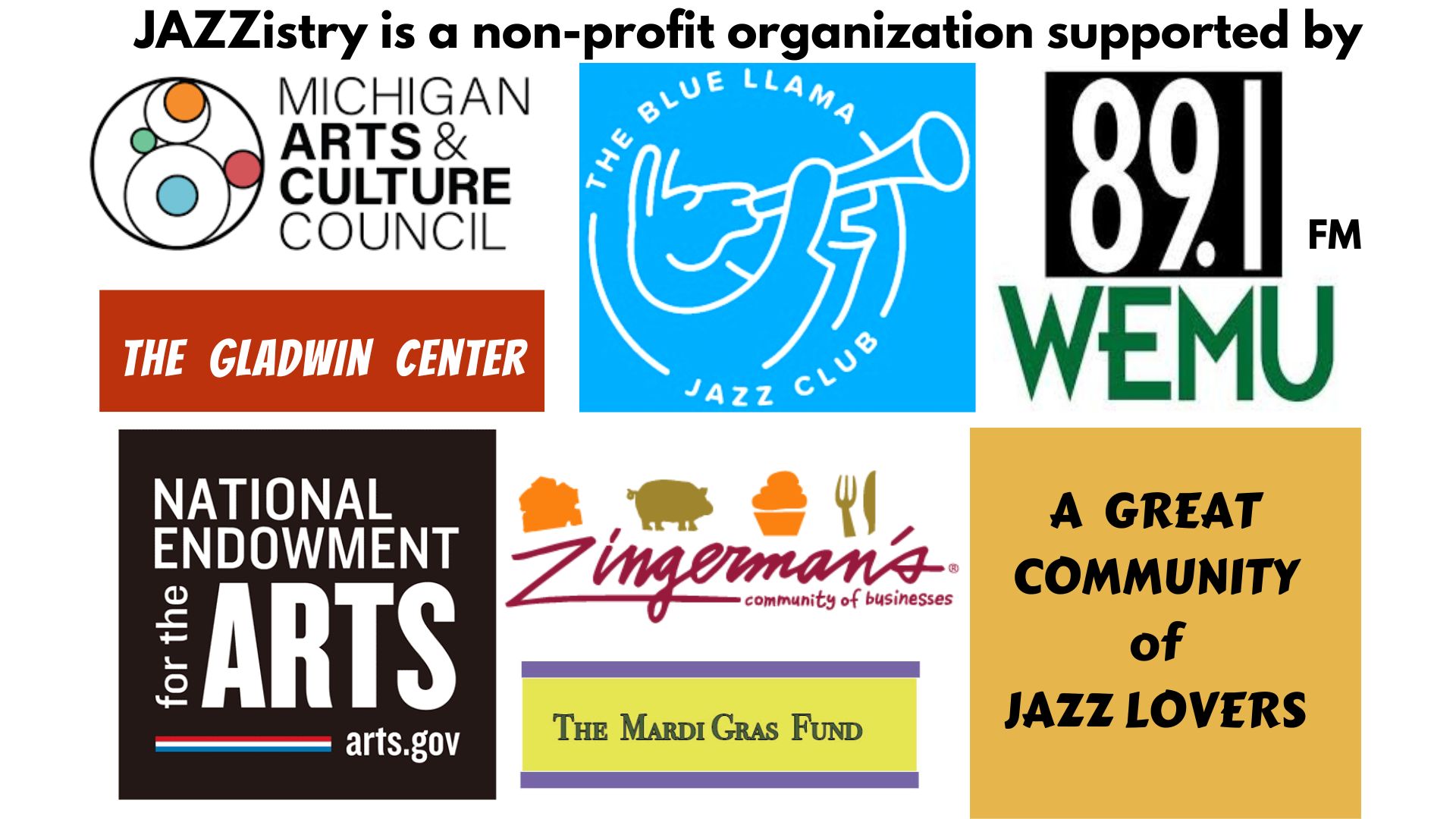