Stretching out with solid Jazz in the beautiful Blue LLama Jazz Club, Thursday, May 26th, Vincent York will perform two shows of straight ahead jazz. The Band includes Zach Saginaw (percussion), Josef Deas (bass), Dwight Adams (trumpet) and Roger Jones (piano). This gig was postponed several times due to COVID restrictions, so the Band and Vincent are really pumped to finally get swinging at The LLama! Join us for a memorable night

What the LLama has to say about it:
“A former member of the Duke Ellington Orchestra, world-class jazz musician Vincent York has played with the most prominent jazz artists and bands both locally and internationally. Born in Jacksonville, FL and raised in Vero Beach, FL, York has been playing alto saxophone since he was 12 years old. Currently, with more than 55 years of musical experience, York is focusing on his solo career once again and making his debut at the Blue Llama Jazz Club.

York developed his alto saxophone technique from Donald Sinta and was also mentored by Alvin Batiste, where he served as an assistant to Batiste as he was opening the New Orleans Center for the Creative Arts.

York has toured and played in hundreds of venues around the world. He has made appearances everywhere from the local Detroit Jazz Festival to the top jazz festivals in countries such as Finland, Holland, Switzerland, Germany, and Japan. His album, Blending Forces, featuring Marcus Belgrave is also internationally recognized and is still listened to today. 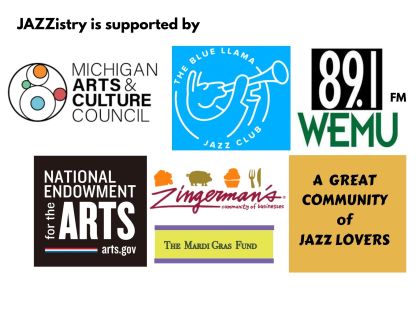